Hydro weed, otherwise known as hydroponic weed, is one that has sparked debate throughout the growing industry regarding hydroponic versus soil cultivation. There is no right or wrong answer when it comes to which is better as each grower must assess their personal preference, budget, and environment that the growing is being done in. Leat’s learn more about hydro weed price breakdown and what factors affect its final cost.

There are pros and cons to both hydroponic and conventional growing methods, one of them being price and another concerning what is factored into that overall cost. Understanding the costs and benefits to both growing methods will help make the decision on the method of growth easier.

There is a misconception that hydroponically grown cannabis is done inside and cannabis grown in soil only occurs outside, but in reality, both can be done inside whether it is a large or small grow setting. That does not mean both methods work equally well or similar in cost. It simply means there are options available.

However, when discussing cost as in this article it will refer to hydro weed as being grown indoors and soil cultivation outdoors or in greenhouses. Using soil cultivation indoors includes all the same costs as hydroponics but also has to take into account the cost of intake and removal of soil as well as issues with soil testing, pests and fungus/mold that occur differently than if the crop is outdoors. To keep a clear differentiation of the two types of cultivation, the discussion will be about indoor hydroponics and outdoor/greenhouse soil.

Soil cultivation is similar to if the grower were creating regular outdoor gardens and would follow the regular routine of soil preparation, planting, fertilizing and maintenance. In contrast, hydroponic cultivation is using mediums other than soil to grow plants. Hydroponic often refers to a growing regime that uses water mixed with nutrients and a much more controlled indoor environment. Soil cultivation has an old school feel compared to the newer hydroponic technology that is available to growers.

It would not be fair not to mention the cons of hydro weed among which are:

Soil tends to be used for those who are just entering the cannabis growing world. It is an easy and fairly inexpensive way to grow cannabis, especially if it is outside or in greenhouses. The majority of the production cost is going to be found in seeds, containers, and irrigation. There will also be costs for lights, ventilation, and heat/AC if you are growing in a greenhouse. The thing about outdoor growing in soil is the plants often offer a higher yield as they have the ability to grow without size restrictions. This includes the greenhouse grows as well due to space and high roofing available at a cheaper cost than industrial grow areas.

The cons to growing in soil are that you lose some control over harvest especially if it is an outside crop or greenhouses. Temperature, rain/irrigation, humidity, and light all are less predictable and can influence plants and yield. Outdoor influences are not controllable.

Generally, costs for growing are lower than hydroponics. Containers for plants, greenhouses, or outdoor space are certainly less costly than rented or purchased buildings. Soil needs to be good quality so there may be cost per square yard if it is brought in for plant care. As the market has become more mainstream there are soils that have been designed for the cultivation of cannabis which will be more costly than the usual topsoil. There will also be costs if there is thought that the plants need pest protection or fertilizer to help them grow in soil.

There are further costs such as irrigation depending on the size of the grow or if it is in a greenhouse. Greenhouse grows will also need some balance with lighting and temperature control but can be more “outdoorsy” with soil. Greenhouses and outdoor growing obviously must be done as the seasons allow. 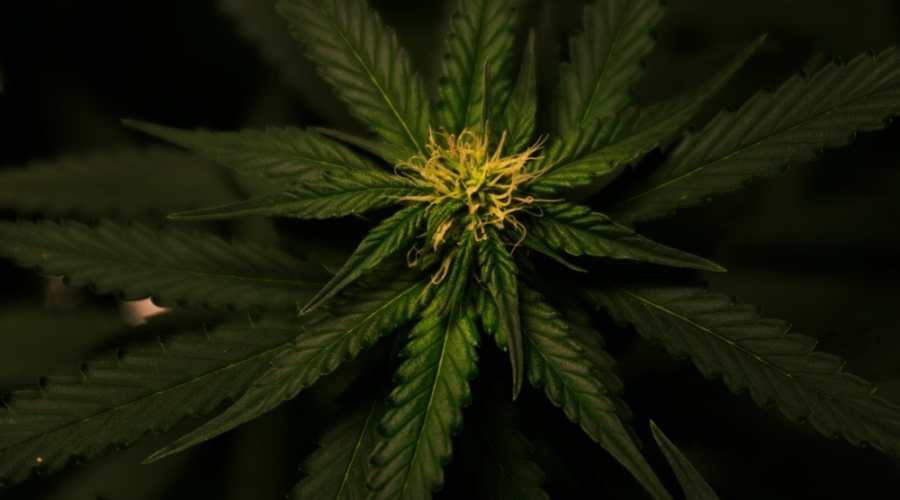 Growing weed hydroponically lets the grower control the environment compared to soil cultivation. Hydroponics allows the set delivery of nutrients, optimal lighting along with easily controlled temperature and humidity. It is almost a laboratory setting where the grower sets the parameters and variables.

The issue with growing hydro weed though is the indoor limitations it is bound by. There is limited space and it costs more money to set the space up. The equipment costs more if the plants are to have the environment in which they will thrive. It also needs closer monitoring than soil plants as plant health is more easily compromised than the hardy soil ones.

Speaking of hydro weed price breakdown, the price of cultivation is going to be higher than soil growing simply because of the climate control needed. Lights, irrigation, temperature, nutrients, pest control are all needed indoors. Pests such as fungus gnats or spider mites can be problematic if they get hold of inside grows as well. However, the ability to control the environment means there is less chance of a failed crop and more chance of success. It also means that cannabis will have a better flavor and will grow faster with a controlled environment.

Cannabis grows best in a humid and warm climate with stable daytime temperatures ranging from 75 to 86 ℉, otherwise the plant will grow slower and contain less THC. If the plants are cultivated in states with moderate or severe climates, the production will have higher costs as it requires construction and maintenance of the greenhouse. As for hydro weed price breakdown, if the plant is grown indoors exclusively, it requires extra costs to maintain the right temperature and light conditions in greenhouses located in Northern states like Washington or Alaska.

All the dispensaries also consider the transportation fee they pay for delivery from the wholesaler and add it to the final price. So your location is the main factor affecting how much you pay for weed.

Dispensary always sets product prices based on its regular expenses, the main one being salaries to the staff. In the cannabis industry they depend on the state: for example, the dispensary in California which is one of the most expensive states the company will offer its budtenders $15-$20 per hour. In contrast, Michigan dispensary employees will get only $10/hour.

Apart from this, let’s not forget that the product must be also grown, loaded, and unloaded which also affects the final price.

Competition in the Area

Competition is the key factor when it comes to pricing policies. The hydro weed price breakdown is the result of the rules applied for all industries: if you buy weed in an area with many dispensaries, their competition may force them to lower prices. In the absence of competition, retail stores can set a higher price for their high-demand product.

Good news for all cannabis consumers: the market is booming! The number of dispensaries reached 7,490 in 2020 while in February 2019 there were only about 2,000 stores. The competition is growing exponentially which means better deals for you.

Like taxes on alcohol, cannabis taxation can automatically raise even low prices. Each state has different markets and different levels of taxes on marijuana stocks. So, depending on where you live, the cost of buying cannabis can vary depending on the tax rates set by the authorities.

For example, you’re buying hydro weed that originally costs $597 per ounce in Washington, DC, which has one of the highest sales taxes of 37 percent. The amount out of the total purchase price will count as $818. In Michigan cannabis users will pay only the 6% sales tax with an average price of $409 per ounce, the total price is $433.

Alaska does not charge a sales tax, but growers have to pay a cultivation tax of around $50 an ounce which also affects the final price.

When we talk about cannabis quality, we refer to such measurable characteristics as the number of trichomes, color, density, and smell of the flower, as well as how much THC or CBD the product contains. All these parameters depend on the conditions the plant had while growing.

You can’t predict the weather and never know what risks you bear when growing outside. That’s why many growers have moved towards indoor cultivation and hydroponic in particular. To keep the high standard of the product one must involve additional equipment, special lighting, water and electricity costs, and more labor. Good quality means for the customer that he needs to cover all extra expenses.

While there is no way to make sure every crop flourish, choosing the best cannabis cultivation process for time and budget is important. Hydroponics and soil crops both have their pros and cons that must be weighed. Place of cultivation, time that is invested, size of crop along with budget will play into a decision on which cultivation is best for the grower. Soil is easier and cheaper overall but allows less crop control. Hydroponics offers more control over the growth of the crop but will cost more in time and money.

The final thing to take into consideration is that while the costs of a one time grow may lean towards soil cultivation, many of the costs involved for hydroponics are going to be one time expenditures for repeated use. While there are still hydro and nutrient costs, lights, temperature control, and irrigation are all in place. The cost per plant is going to significantly decrease with each hydroponic crop that moves forward. Soil cultivation costs will be the status quo as hydroponics decrease.