How Do You Smoke Resin – The Complete Guide

When it comes to resins of cannabis, the majority of people are yet to have a clear view of what it truly means. Also, the fact that the term resin has been used for more than one cannabis product doesn’t make it easier. A lot of newbies and even some vets don’t really understand what resins are. In this article, I’ll be drilling down on what resins are, how to smoke them, and lots more! Read on.

Resin is the tar-like, dark residue that remains in the pipe or bong after smoking several times without cleaning. The gunk that remains in the glassware contains tar, ash, carbon, and small amounts of THC and other cannabinoids. This type of resin can simply be called pipe resin or bong resin. This type of resin is commonly mistaken to mean the same thing as marijuana resins derived from cannabis plant material. The major reason for this mistake is because both can be called resins.

For the sake of this article, when we talk about resins, we are referring to pipe resins derived from pipes or bongs.

Why do users smoke resins?

As earlier stated, resins from glassware such as pipes and bong contain small amounts of THC and other cannabinoids. This is because they are residues left from the initial cannabis plant material used in the pipes. This means that a good amount of the beneficial compounds are already exhausted leaving behind a mixture of tar, ash, and some cannabinoids. Most cannabis users only smoke resins when they do not have access to fresh buds. This can either be due to the inability to get the buds at that time, or a lack of funds. Smoking resins because of either of these reasons is very common among cannabis users. There will be days when you’re out of weed and just want the cannabis experience, or days when you want to get high but can’t afford it, leaving you no option but to smoke resins if you know how to do so.

How to smoke resins

First, it must be established that smoking resins should not be a regular thing for a cannabis user. This is primarily because it is not the same as smoking fresh cannabis buds. Resins only have a limited number of cannabinoids meaning that it will take a while to get the desired effects.

There are different ways of smoking resins. Each technique is unique with different advantages and disadvantages. These techniques include

The use of a dry pipe to smoke resins is very common. The sticky gunk of the resins is already accumulated in the pipe which means the only thing needed is to apply heat and smoke. The resins usually stick tightly when they accumulate on the glass surfaces. The heat vaporizes the resin stuck to the glass allowing users to smoke up. The downside of this is that a considerable amount of heat will be needed to produce results. This is when care is needed because the heat will make the glass very hot. A potholder or tong can be used to hold the pipe to avoid burning your hands. Care must also be taken while placing your lips on the mouthpiece because it is probably hot as well.

This is another way to smoke resin. It requires the removal of the resins from the glassware. A paper clip or any other handy tool can be used to remove the resins from the pipe or bong. If proving too difficult, the surfaces of the pipe or bong can be heated to keep the resins from sticking to the surface. After the resins have been removed they should be rolled into balls. This can then be put in the bowl of the bong. Heat is applied and the resin is ready to be smoked. Water filtration is important to reduce the level of foulness from smoking the resin. This is why it’s advisable to use a bong with fresh water at the bottom.

This generally works with the same principle explained above for bongs. The resin is removed from the pipe and rolled into lumps after which it’s placed in the dab rig. It is also important to use a dab rig with fresh water in the bottom to reduce the taste and foulness of the resin.

This method of smoking resins is not very popular and rightly so. It involves heating two knives and placing the lumps of resin in between the knives over an open-source of heat. The resin is squeezed between the blades of the knives and the smoke proceeding from the resin is inhaled. This is a very harsh way of smoking cannabis and it is not advisable.

What are the risks of smoking resins?

It is very important that we state the possible risks of smoking resins. The components that makeup pipe resins such as carbon, ash, and tar are harmful substances that can cause health problems. When inhaled, these substances can irritate the lungs thereby causing different complications. This is why it is advisable to avoid smoking resins altogether, however, if you must it’s advisable you take the necessary precautions.

The majority of cannabis users smoke resins under special circumstances. Although it’s advisable you don’t smoke it, you can still get good effects from it. To maximize the potency of effects gotten it is advisable you use buds of good quality. If the initial buds are of premium quality the resulting resins will have a good quantity of cannabinoids that can be later enjoyed. This allows the user to get the desired effects much faster and reduces the degree of exposure to harmful substances and the foulness of resins.

WHAT IS RESIN, READ MORE… 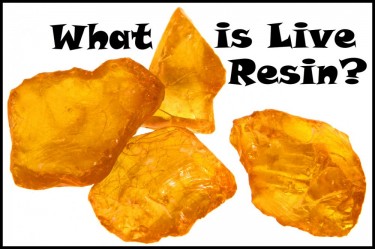 WHAT IS LIVE RESIN, AND HOW DO YOU SMOKE IT? CLICK HERE. 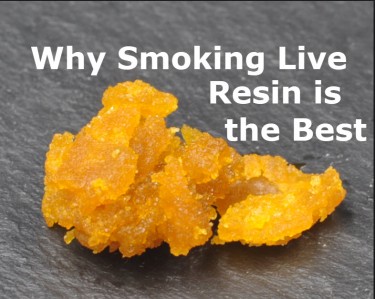 WHAT SMOKING LIVE RESIN A THE BEST HIGH? READ THIS!

Viktoria Goshko
Viktoria is the Marketing Manager Assistant of Cannabis Stack. She has 10 years of experience in digital marketing, including content creation, community management, and lead generation.

Despite a global pandemic that uprooted businesses around the world, the U.S. cannabis…

The pandemic has dominated the news in 2020, overshadowing everything else.…

Hemp Seed Oil and Hemp Soap: Should You Try It?

2 Years After Legalizing Cannabis, Has Canada Kept Its Promises?

Legal pot has made Canadian justice a little fairer, with “heavily…

Florida legalized medical marijuana in 2016. Since then, state lawmakers have tried to…