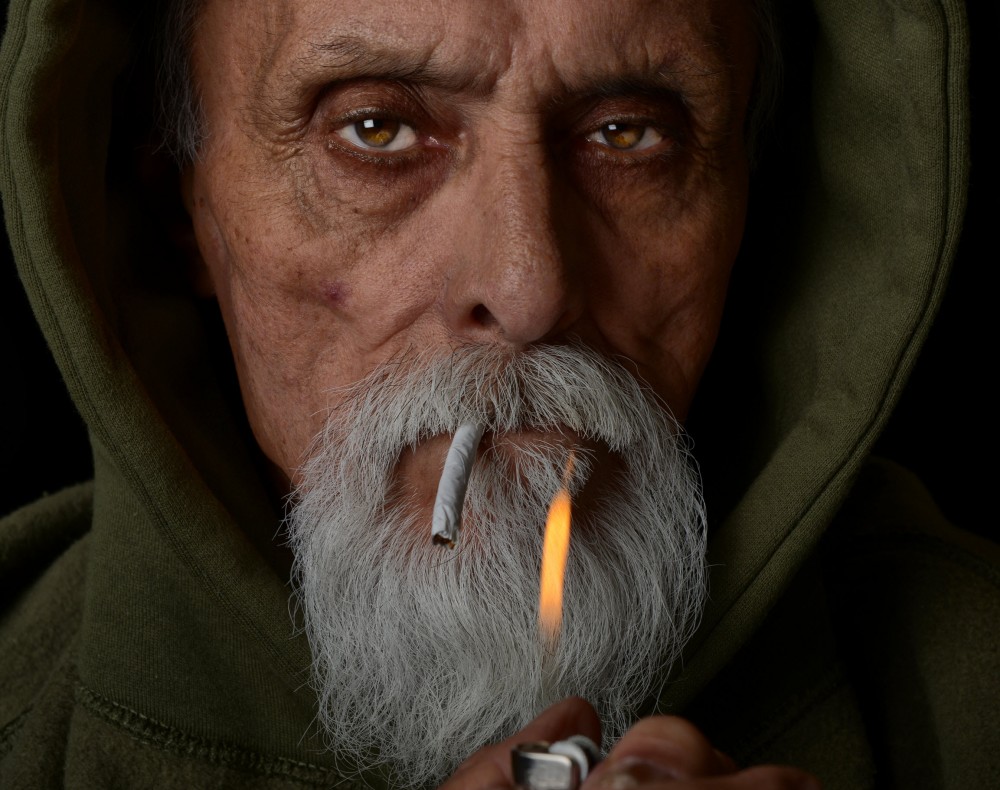 A new study from University of California San Diego found that 15% of older cannabis consumers use it for fight the ‘symptoms of aging’. If this wasn’t the best reason to smoke cannabis, I don’t know what is.

What are the symptoms of aging you may ask? According to researchers some of the main symptoms being treated include pain, insomnia, and anxiety”. Which I personally wouldn’t call a symptom of aging, but then again, perhaps I haven’t aged enough to understand the increase of insomnia and anxiety as one ages.

Okay – you got me, the title is a bit misleading, but here’s the thing – that was the title of the study which literally read, “Study Finds 15% Of Seniors Use Cannabis To Treat Symptoms Of Aging”.

What did the study find?

Let’s take a closer look not only at the findings but also the parameters of the study in question. Firstly, researchers conducted the surveys on seniors at a geriatric center, where all of their participants were above the age of 65-years old. 73% of the surveyed were older than 75-years of age. A total of 568 people were surveyed and this is what they found.

78% reported that cannabis use was primarily for medical reasons

Pain, anxiety and insomnia are the most common symptoms cited

61% of seniors started using cannabis for the first time at the age of 60.

“Pain, insomnia, and anxiety were the most common reasons for cannabis use and, for the most part, patients reported that cannabis was helping to address these issues, especially with insomnia and pain,” Christopher Kaufmann, Ph.D., assistant professor in the Division of Geriatrics and Gerontology in the Department of Medicine at UCSD and one of the study’s authors, said in a press release. – Source

With many supporting studies to pull from, the findings of the latest study isn’t all that surprising.

What does this mean? Considering that the endocannabinoid system is responsible for maintaining homeostasis throughout the body, one could imagine that a deficiency in endocannabinoids could manifest in a wide array of diseases.

Many of these issues could be expressed via stress, anxiety and of course insomnia. When seniors consume cannabis for the first time, their reactions are essentially uniform. “I feel ten years younger” and “It puts a kick in my step” are but two of the phrases uttered by those of a more advanced age.

When a senior suddenly receives fresh new cannabinoids, obtained from the cannabis plant – they suddenly feel a boost in their endocannabinoid system. As the ECS kicks into high-gear, different bodily functions are affected and numerous underlying symptoms seem to vanish.

Of course, seeing that everybody’s physiology is unique, this may not be a solution for everyone. However, as the study suggests the vast majority of older folk are finding that cannabis – especially in oil and topicals – are proving to be most beneficial.

This is probably one of the main reasons why seniors consider cannabis as medical substances, not recreational.

This however doesn’t mean that there aren’t old stoners about – I mean, just take a look at Willie Nelson and Tommy Chong. They exist, but they aren’t as prominent as younger stoners are.

The perfect excuse for getting stoned

Sometimes you need a good reason to spark one up. Maybe you live in a house where cannabis is tolerated but not accepted, or simply you’re amongst people who would rather prefer you don’t toke up – from now on out you can hit them with, “Sorry but this is for medical reasons!”

When they ask “What medical condition do you have?” you can simply respond by, “Shit, I’m getting older by the second…I’m fucking dying yo!”

Technically, we’re all terminal cases. If cannabis is meant to ease the symptoms of our terminal disease – being alive – then we should ensure that as many people gains access to it lest the symptoms of aging proves to be too much.

I for one knew the moment I smoked my first doobie that I was going to be partaking of this plant for my entire life, and now it seems that the seniors caught on to that notion. Why wouldn’t you rather be blitzed out of your dentures and enjoying the last few years of your life in euphoric bliss and enjoyment, over the regimen of pills and medication shoved down their throats to “extend their lives”.

The only problem with these “auxiliary medication” is that they come with a long list of side effects of their own. Then, older folk get stuck in the “take a pill to combat the side effect of another pill” syndrome

Fortunately, cannabis is opening up the avenue for older folks to use a more natural remedy to the pains and aches of aging.


More from our Blog

LED grow lights are more affordable than ever for cannabis cultivators

How to Store Marijuana Seeds Properly

How To Promote Your Cannabis Business Online

Cannabis is a big business all around the world. With more states legalizing cannabis…

Remembering Franco Loja and his lasting influence on modern cannabis

Lawmakers planned to pass a legal weed bill Monday. Here are the disputes that stopped it from happening.