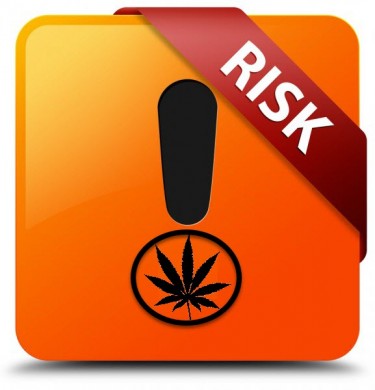 Before I continue down this reefer rant, I’d like to say that I don’t believe that cannabis is harmless. I believe there are some people that have a greater risk at being negatively affected by cannabis than others. I also simultaneously believe that these “at risk people” are a vast minority of the people.

Within the article I’m going to be citing – which can be read here – the author claims that roughly 10% of the people who consume cannabis are “at risk” and with this I do not agree because it’s based on studies that were funded by the government in a non-biased way.

Let me put things into perspective.

What’s the matter Reg? You look pissed off?

Well, let me start by saying that when you’ve been writing on cannabis as long as I have, you’ve read your fair share of “reefer madness” opinions and studies. The one I’m going to be addressing today is entitled; “Cannabis and the delusion of the ‘soft drug'” by Dr. Issachar Herman.

Within his article he makes the following claims;

10% of cannabis consumers will have a problem with cannabis

He claims that because Lancet said that cannabis was virtually harmless in 1995, they have “caused damage” because doctors believed it to be so.

Dr. Herman said, “Over and over, all those reporters and drug users anger me with their praise of this dangerous drug. As a psychiatrist, I see the result, the victims who were tempted to use this addictive drug because of them.” But today I’m angered by the bullshit this doctor is touting.

In fact, his apparent lack of understanding of the endocannabinoid system makes me question his validity as a doctor.

But let’s not insult his character but rather challenge his facts.

Claim 1: 10% of Cannabis Consumers will have a problem

This is arguably false because the 10% statistic is derived from studies that were funded by a government that framed cannabis as a “pathological” condition. In other words, they purposefully had to conflate any data to support their claim because the government – roughly since the 1970s, were funding 95% of the studies on cannabis with the specific purpose of discovering its harms.

More importantly, the statistic of 10% – which if you do a Google Search will turn up absolutely nothing – probably is derived from an old data sheet the US government used to justify how “addictive a substance was”.

Interestingly enough, the same 10% that could have issue with cannabis, can also get addicted to coffee. Caffeine has been a trigger for some psychotic disorders. – Source. Does this mean that we should sue Folgers because some people had a negative reaction?

I don’t know if the good doctor didn’t realize that a Drug War has been raging for nearly 70 years and following up on my previous comment – the government mostly funded studies that focused on cannabis through a pathological lens [Source].

This means that ‘most doctors’ believed that cannabis was harmful – not harmless. To claim otherwise is willfully deceiving the reader. We have statistical evidence to refute this claim and by now, the rest of the claims on this list starts looking flakey.

Claim 3: Consumers are blind to the potential ills of cannabis

If this was true, weed would be legal for all ages. Cannabis activists know that for the most part – weed is relatively fine – however, to some people there could be issues. Just like virtually everything else.

The fact that something has risk doesn’t mean it shouldn’t be available for the public.

While he doesn’t explicitly say it – he does insinuate that ‘because of cannabis’ some people suffered psychotic episodes and says that “a growing body of evidence supports it”.

The evidence he cites have been questioned by multiple sources and the statistics aren’t reproducible. In other words – it’s mere speculation and while there may be some overlapping qualities – correlation is not causation. Any real scientist knows this.

Additionally, to say that “only cannabis” played the biggest role is also a lie. These psychotic episodes could occur when the patient is stressed at work and a boss spoke to them wrong, or they had too much caffeine in the morning.

Also, a break up, losing their job, experiencing trauma – all of these play a vital role in the mental health of individuals. I’m fairly certain that most of the people who he refers to in his article would have had a psychotic episode with or without cannabis. Cannabis was simply the way for them to justify the act.

Please – show me the medical report. I’d love to send that over to all my physician friends to explain to you that – no, it didn’t cause irreversible damage…unless of course this is merely unsubstantiated claims which could be the reason there is no link to anything that supports this claim.

Claim 6: He claims treating cancer with cannabis is bullshit

There are literally FDA approved medicine that is based on cannabis to treat the side effects of chemo and cancer. There are In vitro studies that show THC and CBD kill cancer cells. To call the science bullshit at this point is akin to a flat earther trying to convince you that the earth is floating on the back of a giant turtle.

Link to a recent study here: https://www.ncbi.nlm.nih.gov/pmc/articles/PMC6387667/ – this doesn’t definitively say “yes it cures cancer” but it strongly indicates that there are several mechanisms of cannabis that in fact “DO treat cancer”.

Claim 7: You should be able to sue cannabis companies if you suffer harm

On that note, let me flip it. Since a psychiatrist is also simply “experimenting” with chemicals such as Lithium and so forth – we should be able to sue psychiatrists and doctors and medical institutions and pharmaceutical companies for any and all negative side effects to their drugs.

Don’t you think that would be fair? If Doctor Herman gave a patient medicine that didn’t mesh well with the patient – the patient should be legally allowed to take Doctor Herman to court because under his care, he incurred harm to his patient?

I know that some people do suffer with marijuana addiction. However, simply making shit up doesn’t help us deal with it. Those who have an issue with cannabis are “at risk” consumers, and for them – we need special protocols to ensure their safety. But also, they should take responsibility in their own lives don’t you think?

People too often want to outsource their misery to others when in reality, taking a bit of personal responsibility does wonders for one’s mental health. 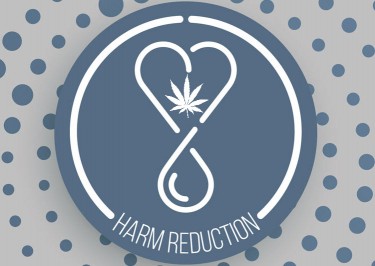 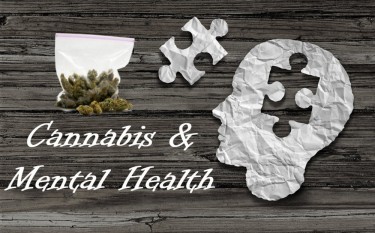 CANNABIS AND MENTAL HEALTH, WHAT YOU SHOULD KNOW..

Last week, our neighbor to the South took a significant step forward in cannabis…

4 Things To Consider When Looking For A Medical Cannabis Doctor

Finding the right medical marijuana doctor might take some time and patience. Here are…

Will Cannabis Tourism Lead The Way To Economic Recovery?

The events of recent months – which, at no risk of ambiguity, will not be…

What To Know Before Giving Your Pet CBD

Pets are family, and their humans want to do everything they can to help them. So, as…

Despite promises that cannabis legalization in Illinois would fund more minority…